Climate change, especially global warming, will affect human society in many ways. Massive displacement of people will be one of the main ways, and mass migration will in turn bring it far-reaching ramifications for health and development. Migration is not new. It has been one of the ways in which human beings have always responded to social, economic, political and environmental threats. In the context of accelerating global warming, however, the magnitude of the climate change- related population displacement could go beyond anything that has been seen before and introduce new and far-reaching ramifications for health and social development.

Although global warming is likely to affect all parts of the world, some regions stand to be more affected than others. Tragically, it will bet the poorest parts of the world that will probably have the greatest difficulty coping with climate change in ways that would make it less necessary for people to move.

Desertification and drought in some regions, rising sea levels and flooding in others, could turn 200 million people into ‘climate refugees’ by the middle of the century. 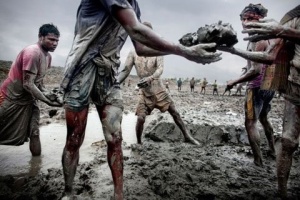 Many of these regions have long been climatically challenged and they are also the ones with the least access to the technology needed to mitigate climate stress. Some are already critically short of water, and further shortages will make even the most basic subsistence agriculture impossible. In other regions, such as coastal areas and river deltas where periodic flooding has long made life precarious, survival will become even more difficult. A million or more people could well be displaced for every centimetre of rise in sea level.

Drought, desertification, sea-level rise, coastal flooding and the deterioration of living conditions will not be limited to the poorest parts of the world, however. Many parts of Europe, North America, and countries such as China and India stand to be confronted by these changes as well. What will differentiate some regions from others will be their capacity to manage the impact of climate change and reduce the need for people to move, but flight in the wake of climate change will occur everywhere to some degree. How many people will be forced to move, how far they will have to flee before they find security, what will be the social and health impact of their migration, and how most countries will prepare for and accommodate the impacts involved are questions that must be urgently taken up.

Although the exact parameters of what will eventually occur can not be predicted with precision, a number of options can be foreseen. Each carries with it different political, societal and health implications.

Massive migration from rural areas to towns and cities is one of the options that will inevitably emerge. Urban centres have always been seen by people as a safe haven, and many people will inevitably follow what is now a well-trodden rural-urban migration pathway. Unfortunately, cities in most developing countries are already over-populated and incapable of providing residents with even the most basic services needed to sustain healthy life. If these cities are further challenged by massive numbers of climate refugees, public health will become more fragile than it already is.

Internal migration will not be the only answer, however. Millions of ‘climate refugees’ will seek safety across national borders and try to enter other countries where they feel the quality of life can be more assured. As they do, they will confront the resistance to international migration and migrants that is already intensifying all over the world, and which is making social insertion and healthy life for migrants more difficult.

Forced Migration and its Complications:

Other complications will emerge simply because forced migration is a complex process. It involves difficult choices as to who and what to take as people move. This means deciding who and what to leave behind.  Not all people, especially the elderly and disabled, are able to move easily, and when they cannot, families are quickly broken up in ways that traumatize those who go and those who are left. 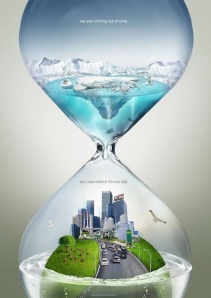 Climate change-related migration, moreover, will occur at a time when natural resources such as water and arable land are becoming scarcer, even in temperate zones and richer parts of the world. When and where this occurs, competition for water and land will be exacerbated and could degenerate into open social and political struggles.

Migration, of course, has other implications for health as well. Climate refugees, like all migrants, will move with their ‘health prints,’ or medical histories and health beliefs. They will also develop new ones according to the circumstances under which they move and the socio-geo-ecological terrain they cover and communities they pass through. The further they have to move, the more they will be exposed to health risks and problems that will potentially have a profound impact on their own health and that of the countries they move into. Some climate refugees will move with diseases that are poorly understood in receiving communities and certainly where there is little herd immunity against them. Local medical practice will be equally unprepared for some of these diseases and be incapable of responding quickly. Other climate refugees will be forced to move to zones where they will be the ones exposed to health threats they have not previously encountered, and for which they have little or no preventative or therapeutic memory and experience. Everywhere the impact on health care needs and demands will call for fundamental reforms and a new way of thinking that is difficult to generate.

In summary, climate change of the magnitude that is being talked about promises to produce massive forced displacement that will have major implications for social and political stability. Public health will become more challenged, especially but not only, in the poorer parts of the world. Understanding the underlying dynamics of these events, and then planning and preparing for them in a timely and comprehensive way has become urgent. To neglect these issues any longer will open the door to even greater problems in the future.

Bjorn Lomborg talks here in a video created in 2005 about how climate change, health, and poverty are of extreme importance.

The International Centre for Migration and Health Development (ICMHD) continues to build proposals aimed at resolving issues and public health threats like this around the globe. If you would like to contribute to the cause and learn more about our current and past projects feel free to visit our official donations web-page.