The Roma have long been a pariah people. Poorly understood, highly suspect, and the subject of pervasive myths, the Roma of Europe have been persecuted and marginalized for centuries. The latest move in 2010 on the part of the French authorities to forcibly displace and return over 700 Roma and destroy over 50 camps, is another example of the intolerance of European society, and the unwillingness of national authorities to look at social issues in an evidence-based way. Over the next few weeks and months, other countries in Europe may be tempted to follow the model that France has initiated. If they do, it will constitute one of the largest forced displacements Europe has seen since The Balkan War. 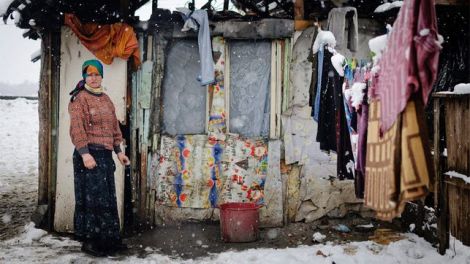 Since 2012, the newly elected French president, Francois Hollande, has continued to perpetuate the previous administrations initiatives to expulse the Roma and dismantle camps. According to the Interior Ministry, in 2012 over 12,841 citizens of Romania and Bulgaria were deported out of France, nearly all of them being Roma. This is a 18.4 percent increase compared to 2011 where 10,841 are recorded to have been deported and in 2010 where 9,529 were deported.

Even today, tensions between locals and the displaced Roma population continue to subside. On July 23rd 2013 the French mayor of Cholet and active UDI party member, Gilles Bourdouleix, was recorded lashing out against a group of Roma illegally camped just outside the town. A local Journalist witnessed the entire altercation. During the heated exchange Bourdouleix was heard making the following remark “Hitler didn`t kill enough” Roma. This has sparked a great deal of recent controversy as we continue to contemplate how to resolve this extremely contentious issue.

From a public health perspective, what is being done to the Roma in France is likely to have far-reaching repercussions. Many Roma are poor, and have become used to living in conditions of extreme deprivation. Because of this, many of them will have developed the diseases that come with chronic poverty, poor nutrition, overcrowding, and poor healthcare. Forcing the Roma to move again and returning them to locations and situations that they fled from before, will only worsen their health condition. Diseases of poverty are never resolved through forced displacement; on the contrary, they are often aggravated by it.

Like refugees everywhere, many Roma will now be pushed into situations of even greater poverty, worse living conditions, and even less access to health care. They will be exposed to more disease-prone situations, and they will become all the more vulnerable to a host of old and new physical, psychological, and social problems. Unless action is taken to ensure the welfare of this population, and unless steps are taken to integrate rather than exclude the Roma, we may be on the threshold of yet another European man-made disaster.

The International Centre for Migration and Health Development (ICMHD) continues to build proposals aimed at resolving issues and public health threats like this around the globe. If you would like to contribute to the cause and learn more about our current and past projects feel free to visit our official donations web-page.

One response to “The Forced Displacement of The Roma: from Sarkozy to Gilles Bourdouleix”