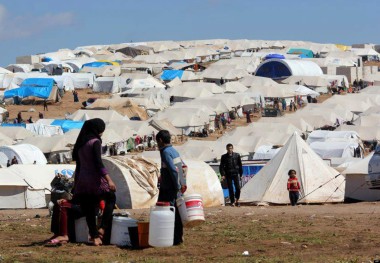 The UN has reported that the number of Syrian refugees in Lebanon has now surpassed the one million mark. The likelihood of Lebanon being able to cope with this number of refugees, meet their health and social needs, and at the same time continue to provide health and social services to its own population (already made up of a large number of Palestinian refugees) is questionable. The dilemma is another reminder of the fact that most of the world’s refugees are being looked after by some of the least well resources countries in the world. How best to help these countries to care for refugees as well as for domestic populations must be addressed with more vigour and serious commitment by the rest of the world. In the case of Lebanon, the burden of Syrian refugees is a result of the international community’s inaction to avert a situation that is worsening by the day. In a frightening repetition of its collective inaction in Bosnia in the 1990’s, the world has chosen to watch on the sidelines as Syria destroys its social capital. There were lessons to be learned in Bosnia, and there are growing number of lessons to be learned in Syria. The question is: is anyone willing to learn?

One response to “The price of inaction”